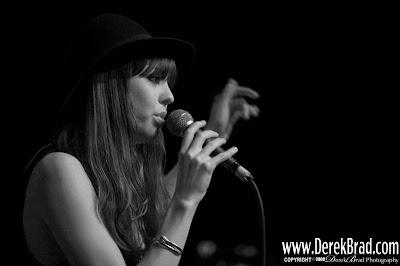 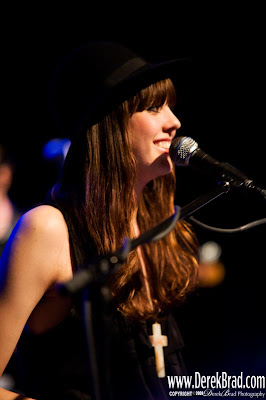 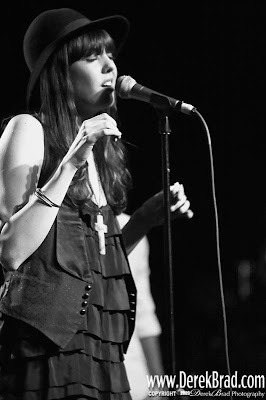 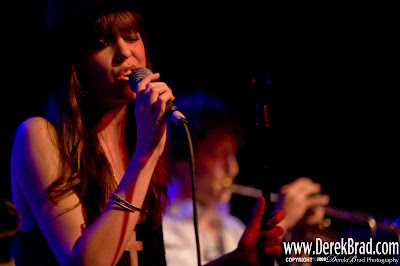 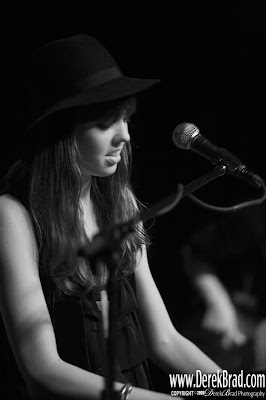 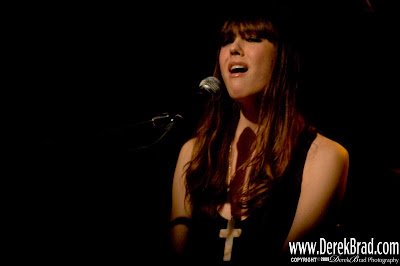 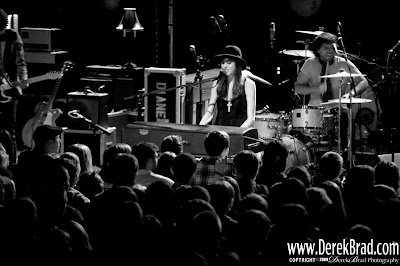 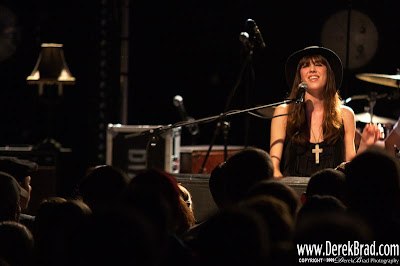 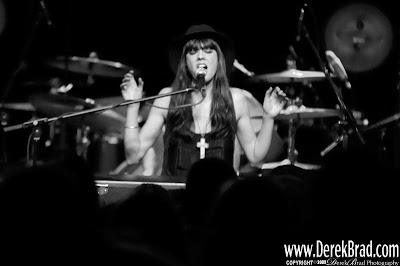 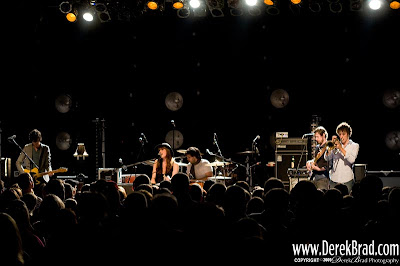 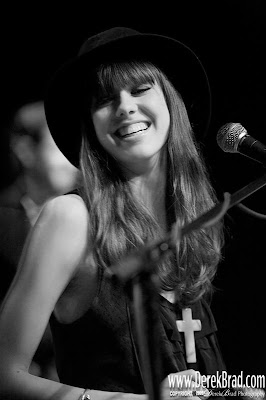 Band: Diane Birch
website: www.dianebirch.com/
Venue: Theater of the Living Arts (TLA)
City: Philadelphia, PA
Date: September, 26, 2009
Photos: DerekBrad
website:www.derekbrad.com
Comments: The band enters the stage then out comes Diane Birch and you see how beautiful she looks. Then she greets the audience and you can hear the charm in her voice.

Now, iTunes has Diane's album Bible Belt listed under Pop music. First you may think, she's as adorable as a Pop Star, but this is no teenybopper music ladies and gentleman, Diane Birch has a voice and style that can make you melt. On top of that she writes all of her lyrics and music.

I have been to hundreds of concerts, shows and performances the past 12 years and I am rarely impacted such as what I have just heard from this new artist. After hearing Diane's song " Nothing But A Miracle" through my head the following day of photographing her, I had to go and purchase the album. Now, I have the songs "Fools", "Valentino", "Rise Up" and "Photograph" that I keep listening to over again on my iPod.

Diane Birch considers herself and "old soul" and her music which is a mix of soul, blues and classic rock shows the maturity of this young lady.

I saw Diane last night in NC. Nothing short of fabulous. I'm an amateur photographer and consider myself very well taught. My shots of Diane and her show last night, however, sucked. I could not get the camera settings right now matter what I tried.

Can you give me some tips on how to take pictures like that in low light? I don't know when I'll have another opportunity to take any soon but I'd really love to practice. Needless to say I came away with only one good shot. And that's because I cheated and used a flash.

Anyway, if you can help an amateur out with some tips I'd really appreciate it. Your photos all turned out great.

Randy (you can just email me if it shows up in your admin screen). 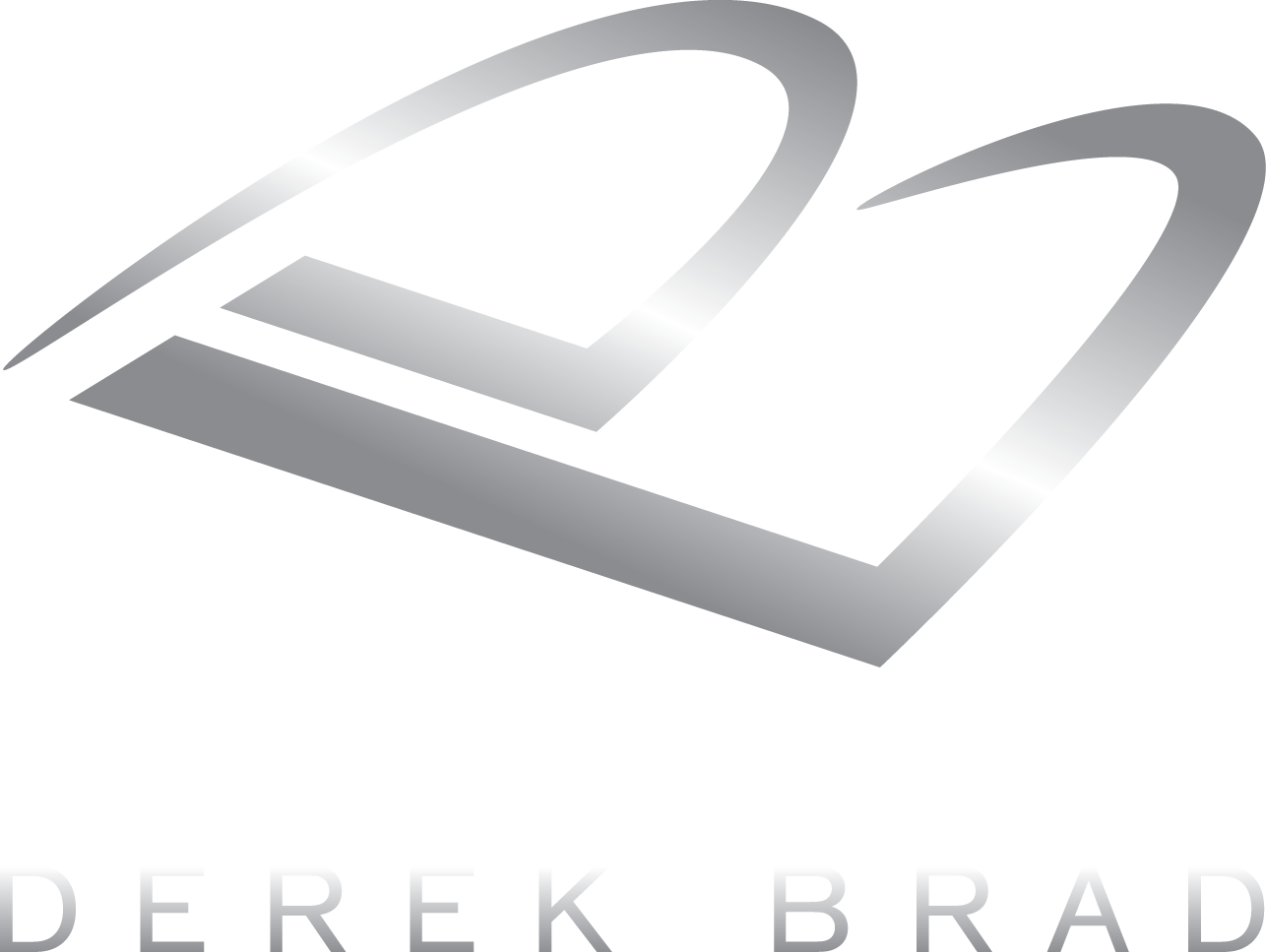 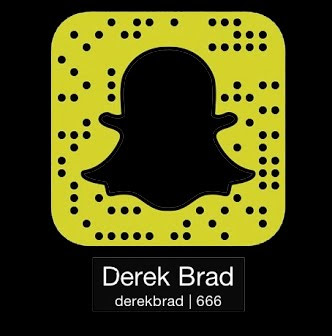